The Southold Town Democratic Club will host a “Meet the Candidates” breakfast on Saturday, June 18, 2016, at CJ's American Grill, in the Mattituck Shopping Plaza, from 9 – 11 a.m. The breakfast will feature former Southampton Town Supervisor Anna Throne-Holst and attorney and former Suffolk County Planning Commission Chairman Dave Calone, both of whom are seeking the nomination to oppose Republican incumbent Lee Zeldin in the November general election.

“Dave and Anna are both well-qualified Democrats who can take back our congressional seat this November,” said Damon Rallis, co-president of the club. “This breakfast will be the final chance for many Democrats to get to know these great candidates ahead of the primary.”

Democrats will have the opportunity to... END_OF_DOCUMENT_TOKEN_TO_BE_REPLACED

The election is Tuesday, November 8th. Polls will be open from 6AM to 9PM.

If you would like to check your registration status or find your polling location, use the following link:

If you would like to volunteer for a candidate, please use the links below: 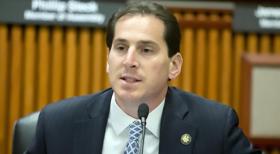 Kaminsky was ahead by 780 votes on election day two weeks ago, but McGrath refused to concede until all absentee votes were counted.

“I am honored that my neighbors have elected me to deliver for Long Island and clean up Albany as their state senator,” Kaminsky said in a statement. “For far too long, South Shore taxpayers have been the victim of politicians who put... END_OF_DOCUMENT_TOKEN_TO_BE_REPLACED 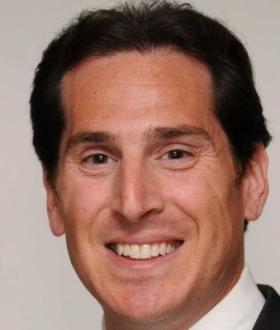 The Nassau County Board of Elections officially certified the results of the race Monday, with Kaminsky defeating Republican Christopher McGrath by 886 votes, according to Democratic Commissioner David Gugerty.

“Todd Kaminsky is officially the winner of the special election... END_OF_DOCUMENT_TOKEN_TO_BE_REPLACED 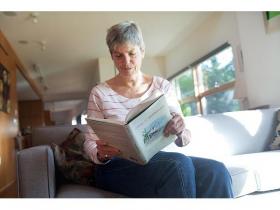 The Southold Town Democratic Club will host a breakfast featuring speaker Diana Gordon author of the recent book, “Village of Immigrants: Latinos in an Emerging America,” on Saturday, May 7, 2016, at CJ's American Grill, in the Mattituck Shopping Plaza, from 9 – 11 a.m. Gordon, professor emerita of political science and criminal justice at the City University of New York, will discuss the pivotal role the American small town plays in the ongoing immigrant story and how this booming population is shaping and reviving rural communities.

In her book, Gordon explains how Greenport has become an exemplar of a little-noted national trend—immigrants spreading beyond the big coastal cities, driving much of rural population growth nationally. In “Village of Immigrants,”... END_OF_DOCUMENT_TOKEN_TO_BE_REPLACED 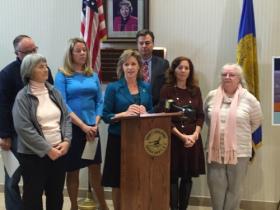 At a press conference on February 23rd at the William H. Rogers Legislature Building in Smithtown, New York, several Suffolk County Legislators were joined by environmental advocates and residents to urge Governor Andrew Cuomo to reject the Dredge Material Management Plan (DMMP), proposed by the Army Corps of Engineers. When the public asked for more responsible alternatives for the disposal of dredge materials, the United States Army Corps of Engineers failed to deliver. The new plan, released in January, outlined the continuation of dredge dumping in the Long Island Sound for 30 additional years without addressing possible beneficial reuses.

“The Army Corps of Engineers has taken over 10 years and spent over $7 million to identify alternatives to dredge spoil... END_OF_DOCUMENT_TOKEN_TO_BE_REPLACED

The two candidates vying for the Democratic nomination in the June 28 primary for the First Congressional District seat squared off in what was their first public debate Wednesday night.

In an event sponsored by the East Hampton Town Democratic Committee and hosted at St. Michael’s Lutheran Church in Amagansett, the candidates gave their backgrounds and then answered questions submitted by the committee on specific topics. There were no questions from the public. 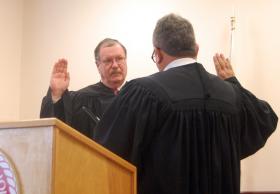 With the new year comes several changes to Southold Town government, including the swearing in of three newly elected officials.

Town Justice Brian Hughes and Trustees Nick Krupski and Glenn Goldsmith took their oaths of office alongside several incumbents at a swearing-in ceremony at the Peconic Community Center Monday morning.

Mr. Krupski, a Democrat, received the most votes in the four-way race for two Trustee positions in the November general election. His father, Legislator Al Krupski, was a Town Trustee and Town Board member for 20 years prior to become a county legislator. 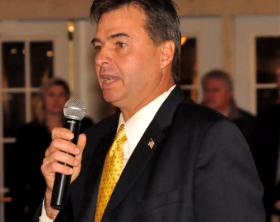 Suffolk County Legislator Al Krupski has a new target in the ongoing fight to protect the area’s waters: county parks.

The legislator has sponsored legislation that would require the county to consider installing alternative wastewater treatment methods in parks when the existing septic systems fail or when they require upgrades. Mr. Krupski sees such a policy as a small — but necessary — step toward more widespread reductions in pollution.

“Percentagewise, I’m sure [county park waste] is small compared to 360,000 residential systems,” he said. “[But] when a system fails, we need to spend money anyway, so this is a different way of addressing the maintenance … You might as well fix it the right way.” 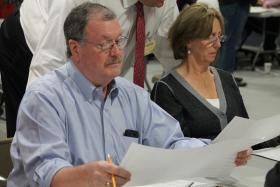 After all the absentee votes had been tallied Friday afternoon, Democratic Town Justice candidate Brian Hughes hadn’t just protected his slim lead over Republican opponent William Goggins — he extended it.

Mr. Hughes secured the election, according to an unofficial tally of the roughly 450 absentee ballots at the Suffolk County Board of Elections Friday, earning a 201-vote lead with a final tally of 3,287 votes to Mr. Goggins’ 3,086.

“I’m happy with the results,” Mr. Hughes said Friday after confirming ballots with elections officials and representatives from both parties. “I’m certainly thankful the voters of Southold have given me the opportunity to help the people in the court get back on track — to bring credibility back to the... END_OF_DOCUMENT_TOKEN_TO_BE_REPLACED