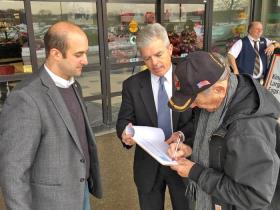 Last month, as the first NYS Assembly legislative session began, Dean Murray (R,C,I-East Patchogue) was eager to reintroduce a bill tackling sex offender restrictions, or the lack thereof. Since the start of 2016, some Level 1 sex offenders began to come off of the registry, when a state appeals court decision removed all local restrictions on where convicted sex offenders may reside.

According to the ruling, the laws in place were becoming “too restrictive” and were therefore wiped clean. As is stands today, the only restrictions in place prohibit high-level offenders who are on parole or probation from living within 1,000 feet of a school.

Murray’s bill, A.1651, is a revamped version of a bill he introduced in response... END_OF_DOCUMENT_TOKEN_TO_BE_REPLACED

In light of recent court rulings and pending lawsuits in favor of sex offenders, Suffolk County Executive Steve Bellone (D) is urging the New York State Legislature to follow in the county’s footsteps and get tough on sex criminals by passing legislation that gives the county authorization to uphold its strict laws against them.

On Feb. 11, Bellone and Legislator Sarah Anker (D-Mount Sinai) spoke with parents and residents in Miller Place about supporting and protecting the rules within the Suffolk County Community Protection Act — a private-public partnership law developed by Bellone, victims’ rights advocates like Parents for Megan’s Law and law enforcement agencies. It ensures sex offender registration and compliance, and protects residents and their children against sexual... END_OF_DOCUMENT_TOKEN_TO_BE_REPLACED 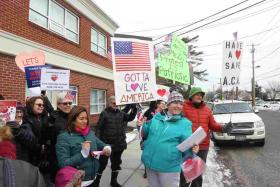 By noon on Tuesday, Feb. 14, at least two-dozen people had already gathered at Congressman Lee Zeldin’s (R-NY-1) main district office at 30 Oak Street in Patchogue. The demonstration is the latest in a string of similar events that have taken place across the first congressional district in recent weeks. The demonstrators carried “Missing Congressman” signs and said that they still desired a town hall meeting with Zeldin. The demonstrations became larger when a town hall meeting originally scheduled for April was canceled. Flyers that read, “Have a Heart” were also distributed, urging the public to tell their leaders in congress that they demand a real plan for affordable healthcare. Across the street, three demonstrators were spotted carrying signs that... END_OF_DOCUMENT_TOKEN_TO_BE_REPLACED 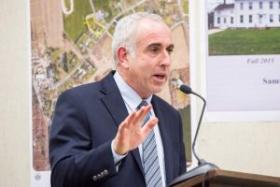 Schneiderman, who was elected to a two-year term in 2015, is the town’s first announced candidate for November’s election.

“I know it sounds like a typical response, but there’s more work to do,” Schneiderman said Sunday about his decision to run. “I’m not done.”

Schneiderman, 55, announced his re-election bid at a fundraiser for his campaign committee at Union Cantina in Southampton.

As a member of the Independence Party, Schneiderman was endorsed by the Democratic Party in 2015. Gordon Herr, chairman of the Southampton Town Democratic Committee, said he has “no doubt that he will be re-endorsed” by Democrats after going through a screening process.

An official with the... END_OF_DOCUMENT_TOKEN_TO_BE_REPLACED 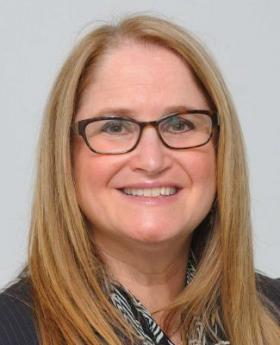 Berland, who has $24,966 in her coffers, will not have to give up her seat to make the run because she has another year on her term. If she wins, the town board could appoint a successor or wait for the November election.

Toni Tepe, Huntington GOP chair, said she will begin screening candidates Feb. 16. “Susan will do nicely as a candidate in the... END_OF_DOCUMENT_TOKEN_TO_BE_REPLACED