Jun
2
2017
New York State law is clear. Citizens with second homes have the right to choose where they want to vote. Residents do not have to vote where they maintain their primary residence. END_OF_DOCUMENT_TOKEN_TO_BE_REPLACED 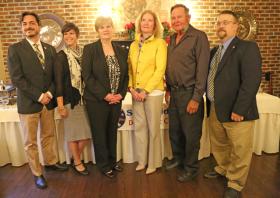 Even in a year with no Democratic incumbents on the ballot, the Southold town committee has assembled a slate of candidates with familiar names.

Of the party’s six nominees for town office, three have run in the past, including a recent candidate for town supervisor and two prior Town Board hopefuls.

“I’m elated,” said town Democratic committee chairman Art Tillman. “I think this is the strongest ticket that we’ve had in the three decades I’ve been involved.”

Perhaps most notable, however, is that the Democrats have opted to leave nearly half their side of the ballot empty, including not nominating a candidate for the town justice seat being vacated by retiring Judge Bill Price.

The Democrats will also not... END_OF_DOCUMENT_TOKEN_TO_BE_REPLACED 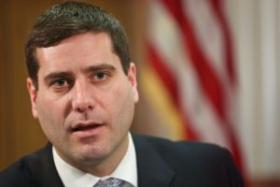 Sini, in testimony before the Senate Homeland Security and Governmental Affairs Committee, said MS-13 was responsible for 27 killings in Suffolk since 2013 with 17 of those committed since January 2016. As proof that members of the gang are “savages,” Sini said they recently attempted to recruit a 10-year-old.

“This database is mission-critical to facilitating effective collaboration,” Sini told the committee.

The police commissioner later said he envisioned collaboration that would eventually include international law enforcement from... END_OF_DOCUMENT_TOKEN_TO_BE_REPLACED 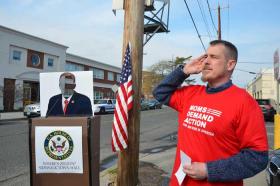 Since being sworn in for a second term in January, Congressman Lee Zeldin has faced mounting pressure to hold a town hall meeting for constituents in New York’s First District. Winter temperatures did not stop protesters, sometimes a dozen or so and sometimes nearing 200, from calling on their congressman to hold a town hall.

These rallies, organized by the creators of the Let’s Visit Lee Zeldin Facebook page, were meant to bring attention to Zeldin’s refusal to hold a town hall. A canceled meeting scheduled for April at the Rogers Memorial Library in Southampton only fueled their fire. “Unfortunately, this meeting was co-opted, renamed and rebranded by a group of liberal obstructionists, who were already holding strategy meetings... END_OF_DOCUMENT_TOKEN_TO_BE_REPLACED 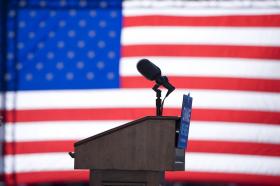 In an effort to inspire people to get involved in local politics and to educate them on how to go about doing so, the Southold Town Democratic Club is hosting a free crash course in town politics. END_OF_DOCUMENT_TOKEN_TO_BE_REPLACED