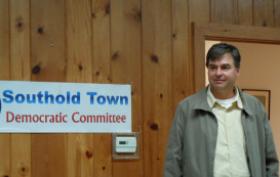 It’s official — longtime Southold Town Councilman Al Krupski is running on the Democratic ticket for a seat in the Suffolk County Legislature that will soon be left empty by Ed Romaine, who won the race for Brookhaven Town Supervisor last Tuesday.

Krupski announced the move at a meeting of the Southold Town Democratic Committee Tuesday night at the First Universalist Church of Southold.

“It seemed like a good opportunity to serve everyone in Southold and a little more, going in to Riverhead and Brookhaven,” Krupski said. 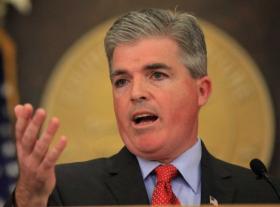 "We are taking matters into our own hands here," said Bellone at a 2 p.m. news conference in the parking lot at the LIPA / National Grid office in Brentwood.

He blasted the home inspection process LIPA implemented five days after the height of superstorm Sandy.

Babylon Town Supervisor Rich Schaffer also spoke about his efforts in negotiating with LIPA attorneys over restoring power to the homes south of Montauk Highway that were without serious structural damage.

Bellone also asked residents not to take their frustrations out on individual... END_OF_DOCUMENT_TOKEN_TO_BE_REPLACED 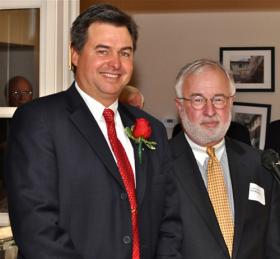 These are some of the names being bounced around by party leaders to replace County Legislator Ed Romaine, who won a special election Tuesday for Brookhaven Town Supervisor.

Mr. Krupski was the only potential candidate named Tuesday night by Suffolk Democratic chairman Richard Schaffer. He said Wednesday that he’s interested, but he can’t commit to running in a special election just yet.

“I can’t say yes but I’m not saying no,” said Mr. Krupski, the only Democrat to hold a Town Board post in Mr. Romaine’s district. “I’m going to talk about it with Rich and then talk about it with my family. I certainly know the district... END_OF_DOCUMENT_TOKEN_TO_BE_REPLACED

"I am proud to endorse Tim Bishop for Reelection to the House of Representatives. Tim is a true advocate for Eastern Long Island and all New Yorkers. From fighting for clean air and clean water to fighting to keep jobs in our state at Brookhaven National Laboratory and Gabreski Airport, Tim has shown time and again that he has what it takes to represent our interests in Congress. In short, Tim delivers for us and for Eastern Long Island and that's why it is so important to send him back to Congress."

In the middle of battle to hold onto his seat in Congress, Rep. Tim Bishop, D- Southampton, stopped by Sachem East Thursday to receive the 2012 Graduated Driver Licensing Champion Award during the school's summit on safe driving.

Sponsored by State Farm, the award is presented to elected officials who have supported and furthered graduated licensing legislation with an emphasis on safe driving for teens. END_OF_DOCUMENT_TOKEN_TO_BE_REPLACED