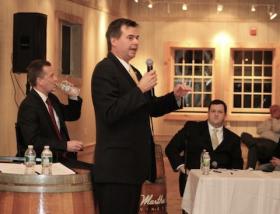 The two candidates seeking to succeed Ed Romaine as county legislator for the First Legislative District faced off in a debate last night at Martha Clara Vineyards in Riverhead.

Southold Councilman and Deputy Supervisor Al Krupski, a Democrat, and Riverhead Supervisor Sean Walter, a Republican, fielded questions about land use and development, agriculture and farmland preservation, the role and structure of county government and what it takes to best represent the East End in the County Legislature.

Supporters of both candidates packed the Gallery One barn at the vineyard — with each camp filling the seats on separate sides of a center aisle — for the 7 p.m. debate hosted by Times/Review Newsgroup and moderated by its executive editor Grant... END_OF_DOCUMENT_TOKEN_TO_BE_REPLACED 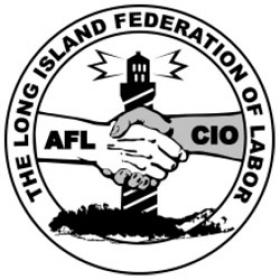 Today, Suffolk County Legislature candidate and Southold Town Councilman Al Krupski claimed a major endorsement when the Long Island Federation of Labor, the largest labor organization on Long Island with more than 250,000 members announced its support in the January 15 Special Election. This adds to a number of other important labor endorsements for Krupski including the Suffolk County Police Benevolent Association and Suffolk County Community College Faculty Association/NYSUT. 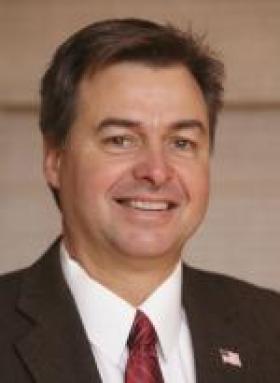 "A healthy environment and economy are key to the quality of life in this legislative district,” LIEVF chairman Richard Amper said in a news release. ”Al Krupski is by far the more environmentally-responsible candidate for this position."

In the release announcing the endorsement, the L.I. Environmental Voters Forum also criticized Walter for “his dreadful record on the environment.”

Amper went further: “Mr. Walter has been running a one-man war against the environment, fighting with the New... END_OF_DOCUMENT_TOKEN_TO_BE_REPLACED 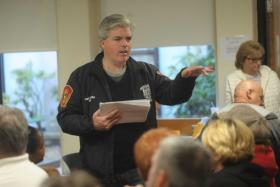 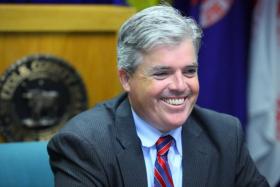