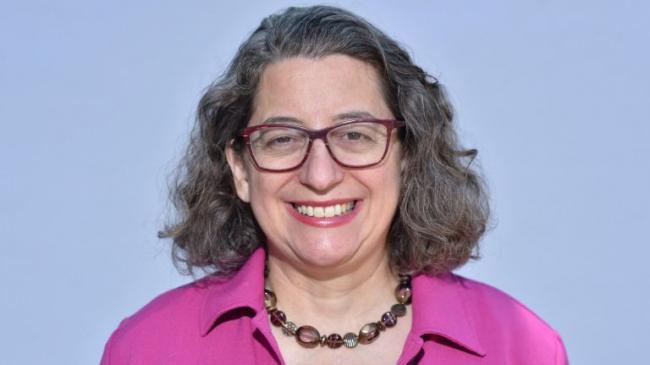 Nancy Goroff is the best prepared and most knowledgeable newcomer at any level of Long Island politics in years.

The Stony Brook University chemistry professor is a scientist. And she’s running against an incumbent, Lee Zeldin, who twists himself like a strand of DNA trying to support a president who does not believe in science — to the detriment of the nation.

Goroff, 52, a Democrat from Stony Brook who’s on leave from her job for this run, would bring a unique and badly needed analytic perspective to the House — and promises to serve as a resource for all members of Congress on matters of science. Her fact-based background would be particularly helpful in dealing with the COVID-19 crisis and other pandemics, and the development of a high-tech corridor centered at Brookhaven National Lab and Stony Brook University.

Goroff would be especially effective in the fight against climate change, one of the primary factors motivating her run. She understands that rising seas, coastal erosion and extreme storms threaten the Mastic-Shirley area, the East End, the Long Island coastline, and our very way of life. Her plan of attack has three planks — set ambitious targets, like being carbon-neutral in energy production by 2035; vigorously use existing technologies in renewable energy, clean vehicles and clean buildings to get there; and invest in research to develop the technologies of the future to be used in the United States and to be exported to other countries to help them improve their standards of living without emitting huge amounts of carbon. It’s a plan that makes sense.

As a researcher, Goroff collaborated on developing materials for solar energy, and her experience as chair of Stony Brook’s chemistry department, a 300-person department with a multimillion-dollar budget, would serve her well in Washington.

That’s where Zeldin lives something of a double life. The Shirley Republican is a Trump-ist star in the nation’s capital, defending President Donald Trump on television and embracing many of the divisive policies that have scarred the country for the last four years. At home in his district in eastern Long Island, Zeldin presents himself as a solution-seeking, bipartisan player.

The dual identity is untenable, and whatever tendencies Zeldin does harbor toward moderation are outweighed by his reckless amplification of some of Trump’s worst paranoia over the investigation into Russian interference in the 2016 election. His defense of Trump’s behavior during the impeachment trial earned him an invitation to speak at the Republican National Convention where he called Trump’s handling of the coronavirus pandemic "phenomenal." And he voted against boosting the U.S. Postal Service, banning flavored tobacco products, reducing discrimination against older workers, and allowing the federal government to negotiate lower prescription drug prices, while supporting attempts to repeal and replace the Affordable Care Act.

Locally, Zeldin, 40, was part of successful pushes to bring the world’s first electron-ion collider to Brookhaven National Laboratory, and to allow cash-strapped Suffolk County to qualify for lower-interest federal financing to deal with coronavirus-related budget shortfalls, and like many of his colleagues he has delivered personal protective equipment to local governments and other entities during the pandemic.

But Zeldin also was unable to stop the cap on state and local tax deductions in Trump’s tax cuts, which hurt many Long Islanders, and voted against a bill from Republican Pete King and Democrat Tom Suozzi to restore the deductions. Despite his touting of connections to the White House, he has not done enough to alleviate the East End’s helicopter noise problem, or get permanent federal protections for Plum Island.

Goroff is an outstanding alternative. She wants to ensure students can graduate from college debt-free, create a pathway to citizenship for Dreamers brought here illegally as children, and guarantee that talented students from overseas who are critical to the nation’s technological growth can continue to study at American colleges. Those last two priorities are part of a more humane approach to immigration, including monitoring the southern border with technology, not walls, making sure asylum-seekers have legitimate representation in making claims, and working to improve conditions in other countries to reduce the number of people seeking to come here.

Goroff understands Long Island, having lived here for 23 years, and says she’s willing to work with anyone to bring change to the region. And she promises that, if elected, she will work to restore respect for science and facts.

With Democrats likely to expand their control of the House, Goroff would have more clout for the district, and if the party wins the White House and control of the Senate, Zeldin would be left wandering in the political wilderness.