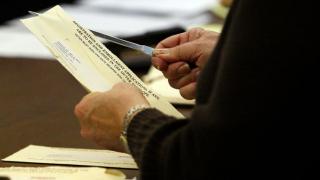 New Yorkers looking to use absentee ballots to vote rather than going to polling places during the COVID-19 outbreak need only fill out an application for a mail-in ballot, according to the state Board of Elections.

Gov. Andrew M. Cuomo’s executive order temporarily suspends a portion of state election law. The order will allow voters to apply for absentee ballots because voting in person could make them susceptible to contracting the virus.

A voter must check the box on the existing application for “temporary illness or physical disability,” but will not be required to appear before election officials to obtain an absentee ballot.

The temporary order applies only through the June 23 election. That is the date of New York’s presidential primary and all federal, state and local special elections and primaries.

Applications for absentee ballots can be obtained at local boards of elections in each county or downloaded from the state Board of Elections website. The applications must be mailed in no later than seven days before an election or one day before the election if the application is provided in person to county elections officials.

Absentee ballots will then be mailed to voters to complete and to mail back to their county board of elections.

“I really think the majority of people will elect to vote absentee,” said Jennifer Wilson, deputy director of the state League of Women Voters that pushed for the expansion of absentee voting. She said traditionally only about 4 percent of voters choose absentee ballots, but the league’s Facebook page indicates great interest in the option this year.