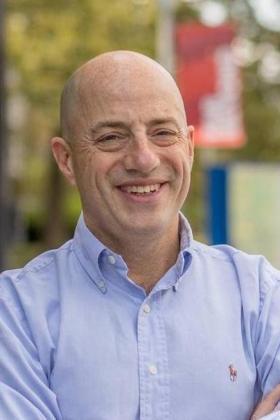 Perry Gershon is not a career politician. He’s a successful businessman who is disturbed by a Washington political class that cares more about themselves than the American people. Outraged by Congressman Lee Zeldin’s agenda, including his vote to dismantle health care protections for millions of Americans, Perry decided to do something about it – leave the private sector and run as a Democratic candidate for New York’s 1st Congressional District.

After founding one of New York’s first sports bars at the age of 23, Perry went on to spend more than 25 years in commercial real estate finance. Perry co-founded a firm during the Great Recession to offer alternatives to traditional lending sources that had dried up, providing much-needed capital for finance-starved real estate projects and preventing defaults and foreclosure.

Over his career, Perry has earned a reputation for bringing about cooperation among diverse parties to achieve common goals. He isn’t interested in partisan fights – he believes leaders need to reach across party lines and work together for the good of the country. His background has prepared him to lead this effort in Congress.

Once elected, Perry will use his business experience and entrepreneurial spirit to fight for Long Island’s middle class. He will work tirelessly to bring high-paying jobs to Long Island, defend access to affordable health care, preserve our precious environment, make college more affordable, and provide young people with the skills training and career development they need to be successful in today’s economy.

Perry’s tireless work ethic comes from the influence of his family. Both of his parents are doctors who have devoted their careers to medical research and teaching. Perry’s paternal grandparents were immigrants to America who came to this country with very little and built a successful life for themselves through education and hard work, while Perry’s maternal grandfather was a U.S. Army Colonel and physician, who fought in WWII and participated in the liberation of Dachau, caring for its victims and saving lives.

Perry oversaw Hurricane Sandy relief efforts for his synagogue as chair of its Social Action Committee. He is also an avid marathon runner – he’s run in 21 marathons - who has used his passion for the sport to raise money for numerous charitable causes.

Perry has a deep affection for Suffolk County and put down roots here more than 22 years ago. Perry and his wife Lisa, a working mom, live on the South Fork. The Gershons have two boys, Logan (20) and Marshall (18), who are now in college.